When can I wean off of treats? 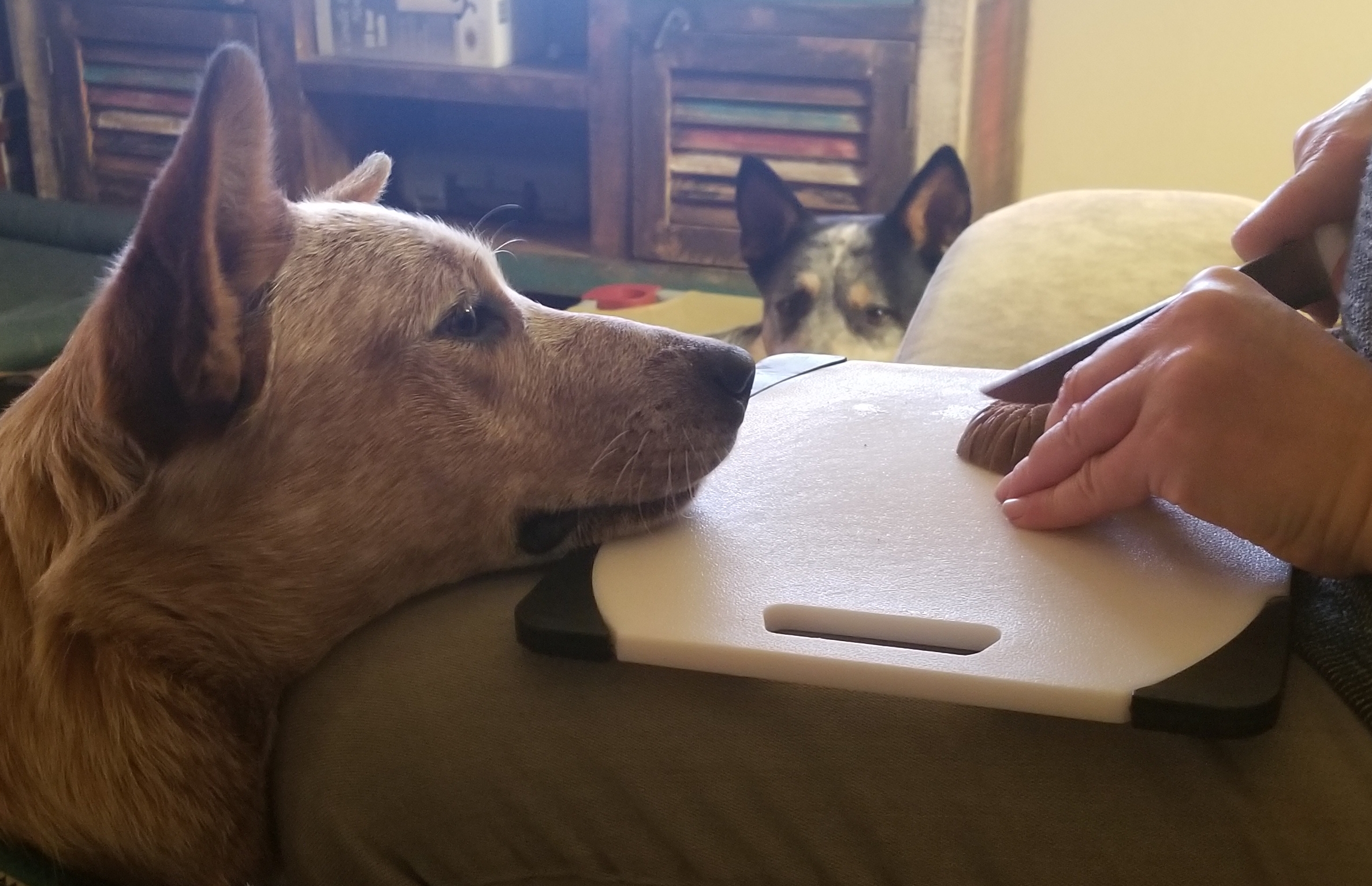 That’s the question most people—especially those not already primarily using positive reinforcement (R+) to train—constantly ask. Often the answer they often get from R+ trainers, while correct in many instances, just doesn’t feel emotionally satisfying. This answer will be some variant of “Why would you want to—you don’t work for free, so why would you expect your dog to?” or “You don’t really need to do that—you can extend the amount of time your dog works before getting food at the end enough to get through most competition scenarios.”

But most of us will work for free at times. I have friends and family members I do things for all the time without receiving money (although often there is food involved). I have been known to volunteer for things. I spend endless hours and considerable money on my dog training habit.

So I think the question many people are really asking is “when will my dog care about the things I want him to do (and by extension, me) in the way I care about the things and people I freely give my time to?” That may or may not be a fair thing to want, but the desire to have that isn’t going to go away by pointing out that it might not be fair or realistic to expect this.

How can we resolve this dichotomy? If we can’t, we will lose people to trainers who tell people that is exactly what they are doing. And I trained exactly that way long enough to know that the obvious fact that your dog is actually working so you’ll stop yanking his neck is not going to change your mental model that your dog is working just to please you one bit.

Many of us have various strategies for “fading treats.” Many of them involve replacing some food reinforcers with other forms of payment, such as the opportunity to tug or chase a ball or the opportunity to sniff. Some involve paying the dog after doing something owner would like the dog to consider reinforcing, such as petting or praised, on the theory that the dog will start to associate the actual, real, payment of food with the “neutral stimulus” of petting or praise. Again, these answers are “correct,” but I’m not sure that it satisfies the emotional need at the root of the question. In the movie “The Breakup,” there’s a line where Jennifer Anniston tells Vince Vaughn she wants him to want to do chores. And part of the reason for the breakup is that he never does, but her emotional need for him to do so never goes away.

Many trainers make the default assumption that dogs don’t care enough about attention from their owners for it to be a reliable reinforcer, but I think that is throwing out the baby with the bathwater. I think many people do have dogs that care about their approval—and certainly trainers should be able to develop that kind of relationship with a significant fraction of dogs. Could we actually persuade our dogs to want to work for our attention, intrinsically? I think maybe we could, but at this point, I’m only beginning to try it with Arya. Here are some things I think could work.

I can’t help but notice that one of the most common complaints by pet owners is dogs that jump up, especially when greeting. Why would they do that if they don’t crave our attention? I think the astute trainer can actually channel this urge toward training. Before I got Arya, some of Lackey’s most productive training time was just after I got home when he would shut the door behind me and wait for me to put up groceries and remove my shoes before I greeted him. Now Arya can sometimes be loose in the house for a few hours while we’re out, I look forward to achieving this special bonding for her as well.

Most of us use primarily food and toys to initially train behaviors, hence the need to “wean off of” treats. But when I train cats, I use primarily petting and affection. The main reason is that it seems to me really fiddly to feed a cat a treat, so it’s actually more efficient to use petting with them in my experience. I also mainly train my cats in my house, so it’s a low-distraction environment.

Could we use petting and praise for some of our reinforcers from the very beginning when working in a low-distraction environment for shaping behaviors? That has challenges for precision, but maybe it could be worth it for some behaviors, especially ones that don’t need a lot of precision. I’ve done some of this with Arya, but to be honest she was a very “bitey” puppy, and I felt I needed the buffer of a treat or toy to protect my skin until just recently. This is definitely something we’ll be doing more of in the coming months.

Even if we can’t use these rewards for initially building behavior, I think we can use them to maintain behaviors more than we do. It’s just a matter of understanding what the relative “worth” of a tactile reward or praise is vs. some other reward. For example, a scratch under the chin rates pretty highly with either dog, certainly more than a piece of kibble. Lackey loves to be scratched behind the shoulder or at the root of his tail. This can replace a piece of cheese. Both dogs covet a spot in my lap—maybe the equivalent of a small piece of steak.

The Fenzi Academy is known for its promotion of “personal play,” that is, playing with your dog without a toy. I find this idea really interesting and appealing, but I find it to be easier with Lackey, because he doesn’t get over-excited to the point of biting as often. Because my particular breed is bred to bite, I am pretty cautious with this one, especially for young dogs. But their results prove that this can be effective with many dogs. It’s not clear to me whether this will satisfy people who want their dogs to work simply to please them.

I do use the expression on my face to shape “house” manners—an impressive feat of self-control is as likely to get a sincere smile as a cookie. My dogs’ faces light up when I use my “high-beam” face in a way that they don’t for food. I definitely find that reinforcing enough that I’d keep doing it even if it didn’t seem to be helping to create the behaviors I want.

As we enter 2019, I’d love to see more focus on finding ways to reinforce dogs with our relationship with them. It’s technically challenging and I think we could have a lot of fun with it. And I think we can help more dogs if we have a more satisfying answer to the “when can I wean off of treats” question.